The history of sports betting is almost as long and colorful as the history of sports itself. From ancient wagers on Olympic competitions to the instantaneous online punting available today, sports have always inspired excitement, risk-taking, and rivalry among financially invested spectators.

Competition between skilled, reliably performing athletes of any type seems to be the perfect way for vocal fans to put their money where their mouth is, and that idea is proving itself true once again within the world of esports.

While esports was a smaller community in years past, recent changes made by major influencers in the video game industry have blown down the door and truly brought esports into the mainstream. The teams behind sports games like FIFA and Madden, backed by video game giant EA Games, and fantasy games like Heroes of the Storm and Overwatch, backed by old-school great Activision-Blizzard, have made major moves to promote esports.

For example, Activision-Blizzard’s OWL (Overwatch League) has garnered worldwide attention, even earning a coveted partnership with leading sports network ESPN. While ESPN has broadcast esports events in the past, most broadcasts were relegated to secondary channels and less favoured hours. 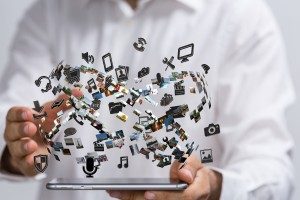 The OWL was set front and centre, and many fans were able to watch their local teams compete on tv at their local favourite bar or restaurant.

Naturally, such accessibility has encouraged various forms of betting, largely mirroring in format those used for traditional sports. In fact, the Heroes of the Storm Global Championship has even made official brackets available and allowed amateur players of the game to fill out online brackets for a chance to win a major cash prize pot.

With the availability of brackets, the increasing ease of access to events and livestreams, and even the television broadcasting of major esports events, esports betting seems to be an incredible opportunity for avid punters to flex their eye for good teams.

Given the sheer financial might of the gaming industry (video games have made considerably more money than Hollywood blockbusters for years,) esports gambling could be in position to become the foremost outlet for sports betting in the world, especially online!